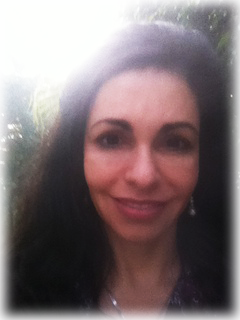 Katibe is founder of Evolving Soul Center LLC, a virtual center.  Its mission is to help you evolve to your best life of love, joy, peace and abundance on all levels~ physical, emotional, spiritual and mental.  She is a soul evolution coach offering virtual private and small group coaching sessions on various spiritual and metaphysical topics to help you raise your base inner vibration understand your soul’s journey during this Earthly incarnation.  These include intuition and psychic development, the human energetic anatomy (aura & chakras), Karma, Tarot, oracle cards and out-of-body experiences.  These are offered by private sessions to individuals, small and large groups through your desired platform, including Facetime, Zoom, phone or Skype.

In addition, Katibe provides guidance to people’s life questions through oracle and Tarot card readings. She is a clairvoyant/clairaudient, intuitive.

All sessions can be booked through the website calendar

Also, Katibe is an advanced channeler of Light Beings, providing soul wisdom from beyond.  Since her spiritual awakening in 2009, it has been revealed to her that her Divine Destiny is to be a messenger for Beings of Light and Love and to share their inspirational and uplifting messages to humanity.  She is also a speaker and workshop facilitator.  She has heard telepathically that her “specific function” is to share what she knows, how she has learned it and to chronicle her psychic experiences since her awakening.

She is a published writer, speaker and workshop-facilitator.  She was host of the Soul Evolution Center show on BlogTalkRadio. Episodes on various metaphysical and spiritual topics and channeled messaged are available for free on-demand and can be downloaded at any time for your listening convenience.

She is a Reiki Master.

In 2010 Katibe asked for a group of light and loving Beings to work through her to help answer questions and to provide guidance, hope and affirmations to people’s life’s questions.

Since her spiritual awakening, she has channeled over forty different Beings of Light and Love, who have delivered technical and inspirational messages, to help humanity.   Some of these include humans, who are in spirit like Mr. Edgar Cayce, Aristotle, Mr. Benjamin Franklin, Ghandi, Jesua, Plato, Pliny the Elder. Others are the Azeroth, Masters of the Universe, Orion, the Lanternians, the Last Sons of the Atleans, the Thought Providers, the Venturians, the Wise Ones and consciousnesses that Katibe believes may be the first time that a channeler has received their messages, cognizantly.  She has also channeled the Star Angels, the Angels of High Vibration, the Arcturian Angels, the Angelic Realm and the Archangels-Ariel, Azrael, Chamuel, Gabriel, Michael, Sandalphon and Uriel.   Their beautiful messages are shared on the Facebook page Evolving Soul Center Center, Evolving Soul Center YouTube and also on Katibe’s blog.

She co-authored a free e-book with Aristotle, the famous philosopher in-spirit. It is available in many reading formats. For the free download, please go to Smashwords – Aristotle’s Teachings for the New Age – a book by Katibe Simmone.

Katibe shares her experiences in her blog in detail to help others who may be experiencing similar positive shifts and spiritual developments.  These are the extraordinary psychic developments that have occurred in the Spring of 2009. This was due to her making a personal decision to commit to a plan of self-development and improvement.  This, then, turned unexpectedly but much welcomed, into a spiritual awakening.  She began to understand that she is a spiritual being having a physical existence for her highest evolution. Prior to 2009 she led a normal life and had not experienced any unusual psychic development.   The only psychic indicators she had prior was experiencing some clairaudiency, hearing voices in her head, as a child before drifting off to sleep at night as well as a limited number of lucid dreams in 2008.

After her awakening, Katibe realized she has EXPERIENTIAL knowledge, having experienced and seen it first hand, of the spiritual realm.  It all began with her diligently saying many positive affirmations, repeatedly on a daily basis, to improve, what she thought of, as personality flaws.  She started meditating and released emotional burdens that she had been carrying around, consciously and unconsciously, for years.  She also asked with much heartfelt intensity “How can she serve humanity?”.   From that, her inner frequency was raised to a higher, vibrational level and the following occurred as a result.

Katibe sees beautiful bright white and blue sparks of light throughout the day.  They light up like a white or blue fireflies.  These are her guides, who are light beings and do not have corporeal forms.  At times as she is reading or working on the computer, the sparks will flash on a word or a sentence to bring it to her attention.

Blue orbs, blue and pale yellow spots also flash throughout the day as Katie is driving or walking as if to guide her way. On the horizon as she drives or while she is in interior spaces,  she sees parallel energy lines.  This is the telepathic grid that surrounds the earth, which is used by light workers for communication. She also sees beautiful prana sparks. They are small, white  tadpoles of light forms that move quickly in the air, as if swimming, within a few inches of her body.If she is concentrating on a task on hand or am busy with thoughts in my mind, she doesn’t see these light forms. Otherwise, they flash throughout the day and at night.  They are an incredible reminder to her that, yes, we are spiritual beings.  Seeing these type of energies is a sign of spiritual maturity and a form of evolution that all humans will eventually reach.She is thankful to share with you that she did get her eyes checked and that a vision exam revealed that there was nothing wrong with her eyes!

Seeing the Physical Environment and People Disappearing and Changing

During single pointed, focused, open eyed meditation, Katibe has seen a part of her body turn to light and other people in her yoga class, starting to turn to light.  Her face will totally disappear if she stares in the mirror and it turns into a red swirling mist. Her bedroom ceiling has turned into the night sky with stars and at times it turned into deep space with shooting stars or comets coming toward her.  Yes, this is when her eyes are open!

Katibe sees the COSMIC UNIVERSAL FORCE.  It is a red astral swirling mist that encompasses the area around me and the physical world disappear. In dim lighting, she sees the air vibrating.  Nothing looks solid. It looks like a TV screen with rabbit ear antennae and weak reception, full of static.  If she looks closely and intently with single eyed focus, the air in front of her has a reddish tint and is thick like a stream of ectoplasm moving quickly.  At this time she can see small eddies and whirls in the air.  Seeing movement like that is an indication that her vibration is higher than that of the objects’.

Katibe see auras easily around people, objects like traffic lights, trees, and animals.  It looks like a beautiful white halo.  Throughout the day, she sees the etheric bodies of objects, separated from the actual physical object.  She senses that she is seeing the energy forms of these objects in another dimension.  How wonderful it is to know that we are all made of energy and more than dense bodies of matter.

Katibe has been receiving numerous single images, sometimes with words and sentences, during her closed eye meditations and before she falls asleep and in between her dream states.

Her dreams have become much more lucid.  She remember many details of my dreams the morning after.  Some of her  dreams have also turned into symbolic messages i.e. with Jesus, God, symbols including shapes and mathematical symbols like summation signs, verbal & written messages to her from other beings.

From 2009 – 2012 Katibe has had numerous night time out of body experiences where she helped cross spirits over with the help of Archangel Michael into the light.  Some of these are spirits that missed the light when they first passed either because they were confused or surprised by their sudden death.  Many of the crossovers have been small children. She finds this work extremely rewarding, and she is honored to serve in this way.  By crossing spirits over, they are able to go on to the next stage of their evolution and development.   She is in the process of writing a book that describes these dreams to introduce others to this realm.  She hopes to teach and inspire others to do the same or just to simply help others understand this process.

Katibe has been a member of the International Association of Consciousness and has completed their Conscious Development Program (CDP) in Miami for out of body experiences. She also attends the Metaphysical Chapel of South Florida & The Theosophy Society in America & their local branch in Deerfield Beach. Currently, she is a student in ACIM (A Course in Miracles) & has been a student in the Urantia book study. In 2011 she attended a 2 week spiritual retreat to see John of God, the healing medium in Brazil. 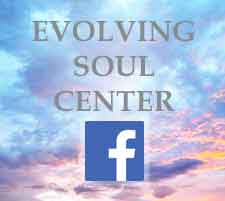 Evolve to Your Best Life